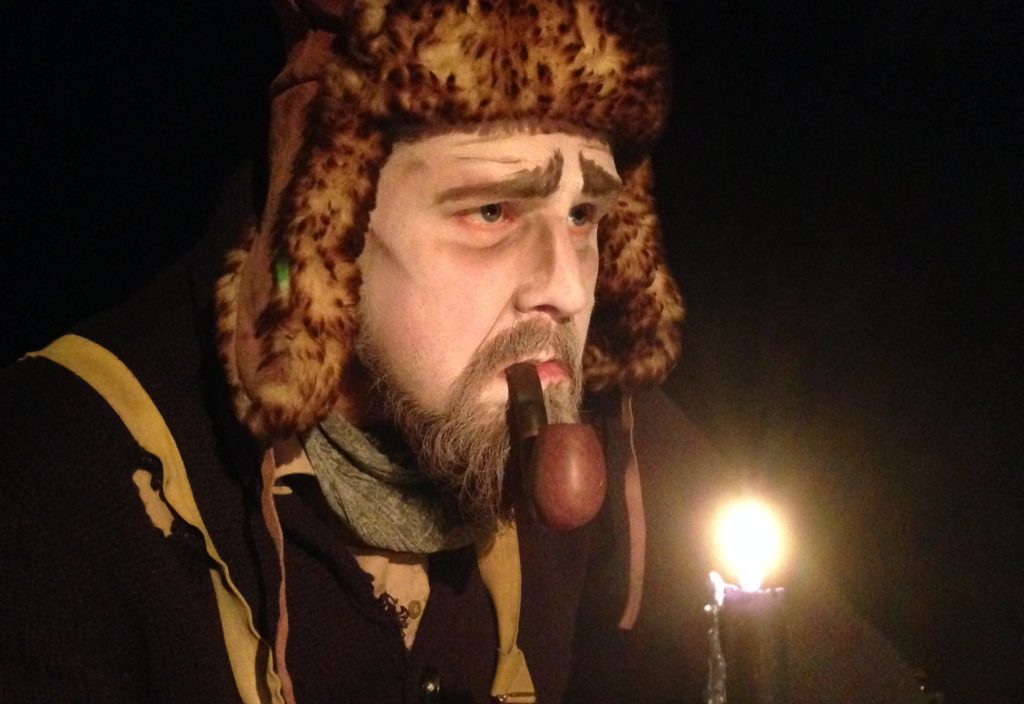 Off the shores of Northern Norway there are stories of creatures that were once part of our daily speech, but that are fading from our storytelling landscape. A meeting with Isak Draug-killer brings some of these stories back to life. Because who talks about the Draug, the Kraken, and the Marmel nowadays?

Accompanied to great effect by musician Torje Åsali Jenssen, actor Aleksander Rindestu takes the audience on a timeless journey where meetings between humans and ocean creatures are common occurrences. To the time where the myths of Northern Norway were created.

“You are walking along the beach on a dark and stormy night and you see a rock moving on its own. Or perhaps a cluster of kelp floats past you, against the wind. You approach the kelp and see a pair of bloodshot eyes staring right back at you. The Draug is abroad, and maybe, just maybe it’s you he’s after?”

The text of Isak Draug-killer is written by Aleksander Rindestu and inspired by the writings of Karl Erik Harr, alongside myths and urban legends.